About the Film House

“No ordinary bloody building” is what the Swedish Film Institute's founder, Harry Schein, is reputed to have declared at the inception of the project. And he certainly got his way. The Film House has been making an impression ever since it was finished on 18 January 1971.

How to find the Film House

The Film House is in Stockholm, at the edge of the Gärdet plain.
Bus no.: 72, 76, 56, 42, 1 or 4 to bus stop Filmhuset. Metro: Karlaplan.
Parking: street parking on Valhallavägen or the indoor car-park at the Film House. 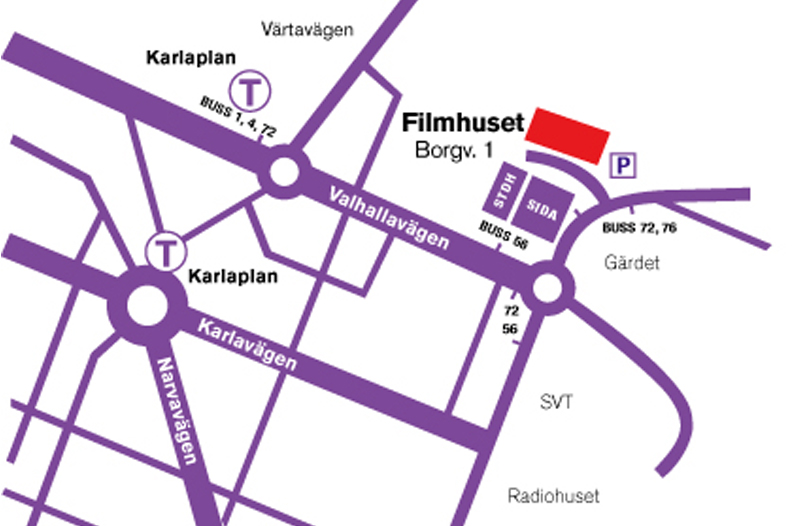 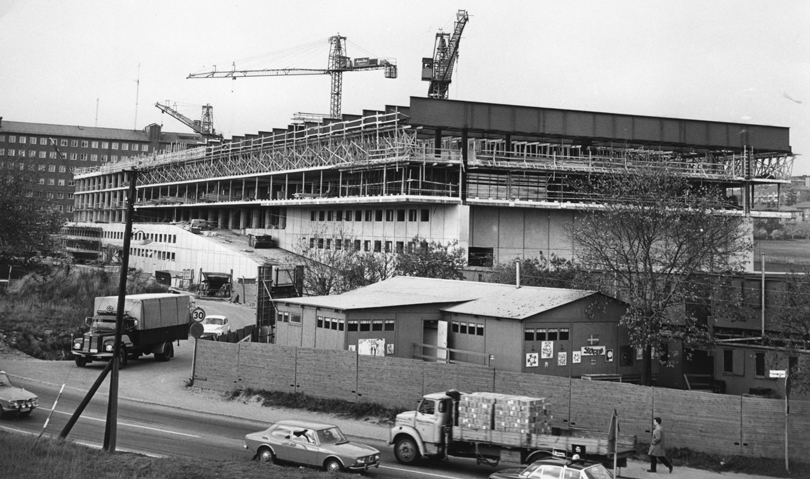 A building beyond the ordinary
The Film House is something of a watershed in terms of aesthetics: some find it one of Stockholm’s most beautiful buildings, while others call it a depressing concrete bunker. The architect was Peter Celsing, who also designed Kulturhuset City Theatre and Riksbanken, Sweden’s national bank, in Stockholm.

Celsing’s eye looks out over armed forces
The building was controversial even before it was built. The Armed Forces offices next door opposed Peter Celsing’s design, which had windows looking onto its offices. After being forced to build one short side without any windows at all, Celsing instead created a massive eye staring towards the Armed Forces offices. Film symbols resonate in the architecture The Film House building has many associations with film: the facade’s window lines are reminiscent of the sprocket holes in celluloid film, from above the round internal stairwells look like a coiled strip of film, and the polished lift doors are designed like dressing-room mirrors. The Film House is an example of architectural design that has its roots in Structuralism or Brutalism, which in turn stems from Functionalism. The Swedish Film Institute’s premises underwent a major renovation in 2008 to create a modern, open-plan office landscape.

The Film House is a hive of film-related activity, where several hundred people work and study. Today, much of the Film House is rented out to external companies and organisations with links to film and culture.