Do you have films to deposit?

With the exception of contractual deposits from producers receiving financial subsidies from the Swedish Film Institute (read more under Deposit by contractual obligation), the vast majority of the holdings of the Archival Film Collections consists of donations or voluntary deposits from production and distribution companies, creators, laboratories, cultural institutions and individuals.

We accept original and preservation elements in analogue or digital format, as well as viewing copies, of all films which has been theatrically released in Sweden. This includes Swedish as well as international films, fiction and non-fiction films, feature-length and short films, advertising films, news-reels, animations and trailers. We also accept digital elements on films which were originally produced and distributed in analogue format, if the digital elements are good enough for theatrical purposes. We usually however do not accept un-edited negatives or raw materials, other forms of work elements, or non-completed films.

We accept all elements on flammable nitrate stock, disregarding whether the film was theatrically released or not. Nitrate stock was mainly used in film production until the early 1950’s. If kept in sub-standard conditions, nitrate stock is self-destructible and it self-ignites at +38°C.

A depositor can access deposited elements after paying a handling fee, and if necessary authorization has been obtained from a rights holder (if different from the depositor).

If you have analogue elements to donate or deposit, please contact Paula Davila Alvarez (paula.davila.alvarez@filminstitutet.se).

If you have digital elements to deposit, please contact Per Legelius (digitalaarkivet@filminstitutet.se)

If you wish to donate or deposit manuscripts, posters or other forms of documentation material, contact the Library of the Swedish Film Institute (read more under Library).

Should you be in possession of small gauge films never released in theatres, such as amateur, education and industrial films, please contact Helena Modin (helena.modin@kb.se) at the Film Archive in Grängesberg, which is a division of the National Library of Sweden. 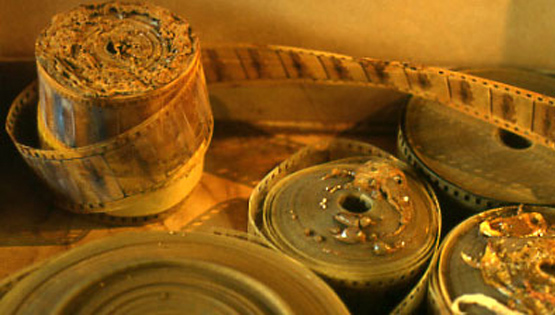 We restore and duplicate Swedish films.