The Archival Film Collections of the Swedish Film Institute preserves films in their original format, and on the carrier on which the final version of the film was released.

Estimates made by the Image Permanence Institute in Rochester indicate that films on film stock preserved in optimal conditions have an expected life-span of >500 years, whereas the expected life-spans for harddrives (<10 years) and for magnetic tapes and discs (<50 years) are substantially shorter.

Films on film stock are best stored in a dry and cool climate in order to halt any chemical deterioration processes. The films in our collections are stored in specially designed cold-storage vaults with a regulated temperature of between -6ºC and +6ºC, and in a relative humidity of between 25% and 35%. The climate in which we store our films is in accordance with recommendations from the Technical Commission of FIAF, the international federation of film archives. Read more in FIAF Preservation Best Practice.

In our collections we have DigiBeta cassettes and other tapes of films that were never produced or distributed on film. These tapes are stored in archive facilities with a temperature ranging between 15ºC and 18ºC, as are sound mixes and other magnetic elements in our collections.

We only accept digital elements which are un-encrypted, in accordance with international recommendations. Read more in FIAF Recommendation on the deposit and aquisition of D-cinema elements for long term preservation and access (pdf).

For a more detailed account on our preservation and conservation policies, see Policy of the Archival Film Collections of the Swedish Film Institute (pdf). 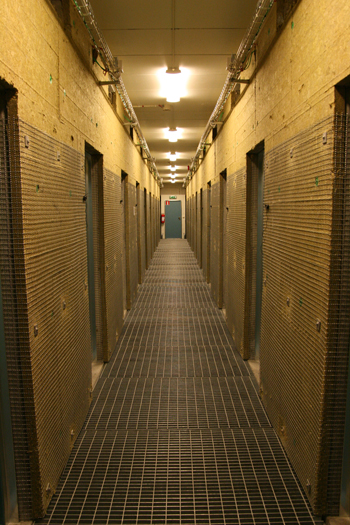