The report Facts and Figures answers some of the most common questions about film in Sweden each year. Here you can see, among other things, which Swedish films the audience chose, how Swedish films were funded, how many Swedish films that were directed by women and which companies that distributed most films in 2019. 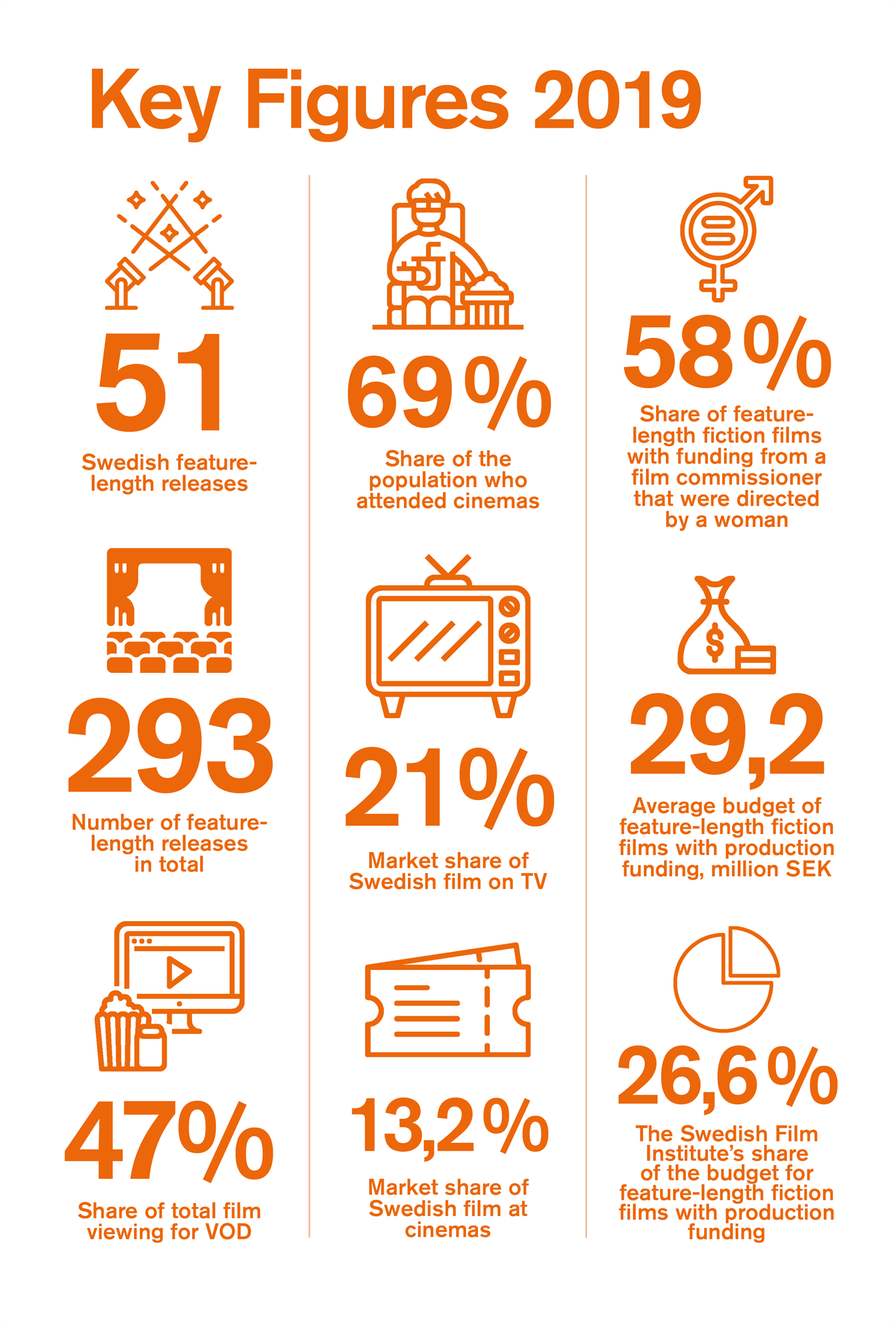