Max von Sydow has passed away. He was one of the most prominent Swedish actors of all time, working with Ingmar Bergman and many international directors, and his career spanned 60 years and over 120 film roles.

Max von Sydow was born in the southern Swedish city of Lund and trained at the Royal Dramatic Theatre’s acting school in Stockholm. A few years after graduating, in 1955 he joined Malmö City Theatre where Ingmar Bergman was theatre director. It was Bergman who gave him many of his most memorable roles, starting with Antonius Block in The Seventh Seal (1957). Von Sydow’s portrait of disillusioned knight Block playing chess with Death gave us one of the most iconic scenes in film history, and marked the beginning of a collaboration with Bergman that ran for many years. They would make a dozen or so films together, the highlights coming in the 1960s with titles such as The Virgin Spring (1960), Shame (1968), Hour of the Wolf (1968) and The Passion of Anna (1969).

"In most Bergman films of the 1960's, Max von Sydow wears the look of a fugitive – a fugitive if not from justice then from his own mediocrity. Johan, the painter in Hour of the Wolf, Jan, the violinist in Shame, and Andreas, the shy hermit of A Passion, with a police record on the mainland: von Sydow cannot rely on his height and authority to save him in these parts. He is unequivocally Bergman's alter ego, a prey to all his pressures and complexes. (...) Yet the qualing of the soul is all the more poignant by virtue of von Sydow's grandeur as an actor, as a presence. His pettiness, his clumsy behaviour, his physical fear are made the more pathetic because they are contained in such a noble figure. As Bergman himself says with a laugh: 'If you want someone top lay a moral coward, then you need him to be someone of a very high moral quality!'" 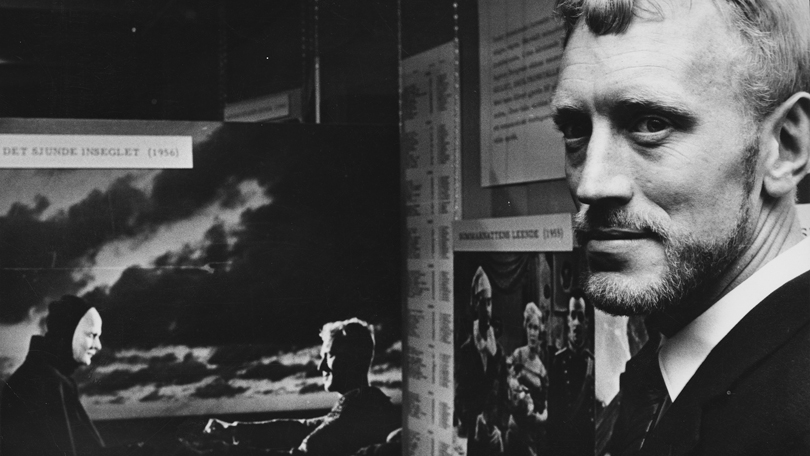 The late Sixties was also when von Sydow’s international career took off, often in bad-guy roles, at which he excelled. Memorable baddies include the melancholy assassin Joubert in Sydney Pollack’s masterful Three Days of the Condor (1975), evil Emperor Ming in Mike Hodges’ cult classic Flash Gordon (1980), the treacherous Lamar Burgess in Spielberg’s sci-fi thriller Minority Report (2002) and Dr Naehring in Scorsese’s neo-noir Shutter Island (2010). Other memorable roles in von Sydow’s catalogue include the grumpy artist married to Barbara Hershey in Woody Allen’s masterpiece Hannah and Her Sisters (1986), the ominous narrator in Lars von Trier’s Europa (1991), and of course the role he is probably best known for outside of the Bergman sphere: Jesuit priest Father Merrin in William Friedkin’s horror classic The Exorcist (1973).

Speaking of the devil, Max von Sydow is also the only actor in film history to have played both Jesus and Satan on the big screen – in The Greatest Story Ever Told (1965) and the Stephen King dramatisation Needful Things (1993), respectively.

Notwithstanding a truly outstanding international career, von Sydow played his very best roles in Swedish and Nordic films. He worked with Jan Troell in a total of eight films, including The Emigrants (1971), The New Land (1972), The Flight of the Eagle (1982) and Hamsun (1996), for which von Sydow won a Guldbagge Award for Best Actor. One of his most highly acclaimed roles was as Lassefar in Bille August’s Pelle the Conqueror (1987), which brought him both a Guldbagge Award and an Academy Award nomination.

He also played two completely different roles for the legendary Swedish writer-director duo Hasse & Tage (Hans Alfredson and Tage Danielsson) in the 1970s: firstly as the lovable Roy Lindberg in The Apple War (1971), and then as the cold-hearted industrialist who throws Gösta Ekman into a lake in the Oedipus drama Egg! Egg! A Hardboiled Story (1975). 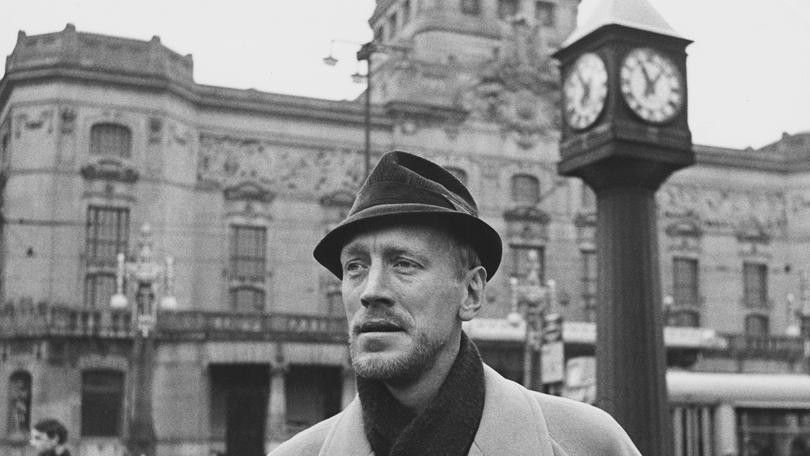 Max von Sydow in front of the Royal Dramatic Theatre in Stockholm, circa 1964. Photo by Bror Karlsson.

Max von Sydow appeared in over 120 films made in a dozen or so countries. He was very much active in his latter years, with supporting roles in JJ Abrams’ Star Wars: The Force Awakens (2015), Thomas Vinterberg’s submarine drama Kursk: The Last Mission (2018), and as Three-Eyed Raven in three episodes of Game of Thrones, a guest role for which he was Emmy nominated. In 2019 he was presented with the Stockholm Film Festival’s Lifetime Achievement Award.

“An outstanding career that includes invaluable contributions to Swedish film history has now come to an end. Ingmar Bergman and Jan Troell saw his capacity as an actor early on, and world film would quite simply not be the same without Max von Sydow’s role in The Seventh Seal, for example. That role paved the way for his international career. Directors from all over the world wanted to work with Max, in films such as The Exorcist, The Greatest Story Ever Told, Hannah and Her Sisters, Three Days of the Condor, Star Wars: The Force Awakens and many more.”

Peter Cowie, Max von Sydow: from The Seventh Seal to Pelle the Conqueror (published by The Swedish Film Institute, 1989)