Two new Swedish documentaries, Arica and Bitter Love, have been chosen for this year’s IDFA (International Documentary Filmfestival Amsterdam) which runs until December 6.

Arica by Lars Edman and William Johansson Kalén will have its world premiere at the festival. The film is the follow-up to their acclaimed 2009 documentary Toxic Playground which went on to screen at more than 30 festivals, picking up a number of awards. That film told the story of Swedish mining giant Boliden dumping hazardous waste in Chile, later denying responsibility for the resulting scandal. Now the survivors are seeking justice, and the footage has become crucial evidence. Arica features co-director Lars Edman as a key witness in mainland Europe’s biggest ever transnational corporate accountability trial.

Arica was produced by Andreas Rocksén for Laika Film & Television, and will have its Swedish premiere in March 2021 through Folkets Bio. International sales by Lightdox. 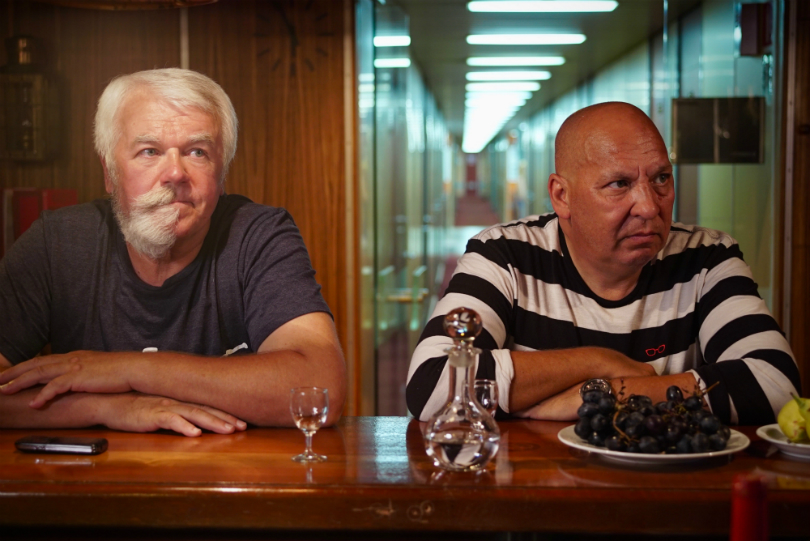 Also screening at IDFA is Bitter Love by Jerzy Sladkowski. A lovesick misfit, a mysterious beauty, a retired civil servant, a randy fortune teller and a doubtful young couple meet in late summer on a Russian river cruise on the Volga. What does fate have in store for them?

Born in Poland, Sladkowski has been active as a documentary filmmaker in Sweden since the early 1980's, with more than 50 documentaries on his cv. Among them Don Juan (2016) which was awarded the prize for Best Feature-Length Documentary at IDFA.

Bitter Love was produced by Antonio Russo Merenda for Ginestra Film. The film had its Swedish theatrical release in March 2020, also distributed by Folkets Bio. International sales handled by CAT&Docs.

This year's IDFA runs between November 18 and December 6.