Actor Gustav Lindh, selected as Rising Star at the 2017 Stockholm International Film Festival and the winner of Bodil – Denmark’s National Film Award – for his role in Queen of Hearts, is the actor everyone talks about. Recently he was selected by The European Film Promotion as one of this year’s Shooting Stars, among nine other promising European actors. In the middle of his hectic schedule during the Shooting Stars programme, we managed to get an interview with him.

Hello Gustav and congratulations on being selected as one of this year’s Shooting Stars! How does it feel?

It feels so amazing and it is a great honour! It was special this year since the programme is divided into two parts. We had a virtual version of the programme this week, and then the plan is that we will travel to Berlin in June for the actual celebration. It's really fun and I am both honoured, happy and proud to receive this nomination. This week has been so full of opportunities to meet the industry on both a European and international level. It is a privilege I have really tried to preserve!

What does it mean to you to be selected as a Shooting Star?

It means a lot to me to get an indication that I'm doing something right in my process as an actor, and what I have done has affected people in several ways. That feels amazing. It is also a nice recognition and a kind of welcoming into a community of European actors. I have followed this programme for several years and there are so many people that I look up to that has been a part of it earlier, so to be a part of it myself is kind of surrealistic. It means a lot and I am so grateful that people believe in me.

During this year’s Shooting Star programme you were introduced to a number of international casting directors and producers. What was it like to get the opportunity to meet so many people from the international industry?

European Film Promotion and everyone involved in the programme has done an incredibly good job in the organization and the execution of the programme. All the technology worked really well and there were opportunities for us to have small interactions together, me and the other nine European actors that have been selected. Moreover, I must say that it was very nice and interesting to have all the meetings with casting directors and producers in a kind of concentrated and sober environment. We all connected on a deeper level in a really cool way, and it was very beneficial, even if the tempo was quite high. Firstly, we met all of those that were in the same time zone as us, and then later the same day we met all the transatlantic casters, so even if there were a lot of interactions over a couple of days it was awesome to get the opportunity to meet everyone. It becomes so strange, so intimate. It was great and I am so grateful towards the Swedish Film Institute for the nomination and for how European Film Promotion has been able to make this happen! 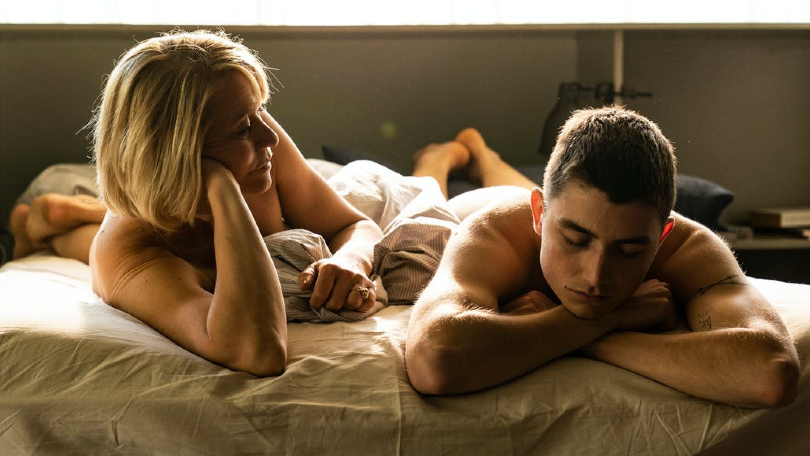 Many recognize you from the critically acclaimed 2019 Swedish-Danish film Queen of Hearts, directed by May el-Toukhy, where you played one of the leading roles against Danish actress Trine Dyrholm. Now, a couple of years later, what would you say the film means to you?

The film means a lot to me, it was such a formative experience. I am so proud to be a part of the team that made that film. It is a film that “travels” and that keeps being explored all around the world. As an actor you need to be lucky enough to be part of great contexts and in a film that keeps affecting people around the world. In a concrete way, the film also means that when I meet new people that may be curious about me and my work, there is a special film like this onethat they can watch. Everyone who worked on that film has a special place in my heart  and we are all friends for life.

You also starred in the thriller series Top Dog, based on the books by Jens Lapidus. How did you get the role as Nikola?

I remember I read the book [Top Dogg by Jens Lapidus] after I got it as a present when I graduated and thought “I would like to play that character”. Then the opportunity to audition came along and it was a very normal casting-process. Later on, I got to audition against Alexej Manvelov who plays the lead role in the series. I met Molly Hartleb who directed the first four episodes, and later on Alexis Almström who directed the rest of the episodes. Both of them are great. There were two really great directors on the series, and also Veronica Zacco who wrote the script based on the books. I have been very fortunate to work with such talented scriptwriters and directors over the last year! 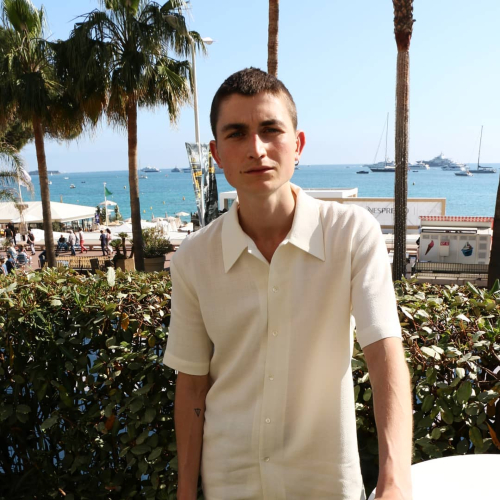 You will also be a part of the new Robert Eggers film The Northman, acting against Nicole Kidman and Alexander Skarsgård, among others. How does it feel to play against such international stars, and to be a part of such a large-scale production?

It is a bit mind-blowing just to be a part of a cast with such big names, but above all to meet a director that I have admired so much. I remember that me and Alexis Almström (who directed the second part of the episodes of Top Dog) went to the cinema together and saw The Lighthouse, Robert Eggers last film. Had someone told me then that “next year you will be a part of his next film”, I would not have believed them. So this whole thing is a dream come true. It sounds so silly when you say it, but it was truly amazing. Everyone I met on that film were great people and really fun to work with, especially Alexander [Skarsgård]. It was nice to have a Swedish friend there who was so kind and who took me under his wings. He is great!

In conclusion, apart from The Northman, do you have any other future projects you can tell us more about?

Yes, Anders Thomas Jensen’s new Danish-Swedish film Riders of Justice will premiere on Swedish cinemas during the spring. On that film I got to work with some true heroes for me, which was amazing. Then I have a couple of other projects that I am preparing to go into, but I am not allowed to talk about those yet.