Olivier Guerpillon has no less than four films being released this year. He’s currently off to Venice with two of them: Costa Brava Lebanon by Mounia Akl, and Isolation. He co-produced both films, and in the latter he directed one segment of the anthology film which also has contributions from Michael Winterbottom and others.

What are the films about?

Costa Brava Lebanon is a subtle comedy drama about a family in a changing society, and the choices that can be made in a period of crisis. Should we get involved and fight, or should we create our own bubble?

My segment in Isolation is a personal, humorous essay about the way Sweden is dealing with the pandemic, and how the country’s approach has been different to the rest of the world. The film is a personal reflection, with a touch of humour, about moral and ethical matters, questions about what it means to be Swedish, for example.

What were the main difficulties you faced producing film with the Covid-19 pandemic going on?

It has been a challenge. Production of Costa Brava Lebanon was complicated by the fact that the project chose to follow very strict guidelines. Lebanon was hit by financial crisis and lockdowns, and then there was the huge explosion in the Port of Beirut two months before we shot the film.  But despite all the adversity, the team managed to get through it, which is firm proof of how incredibly strong and amazing everyone has been. 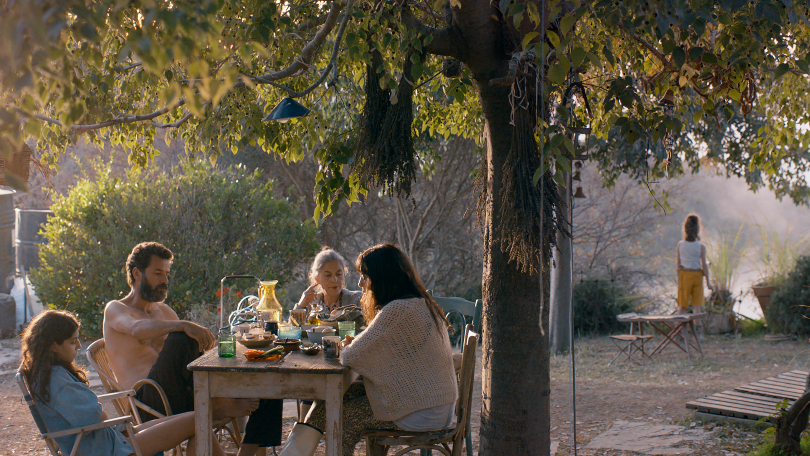 Who mainly inspired you to want to work in film?

For me, film is a visual art form, and the most exciting things are the artistic relevance and the ability to use every opportunity that cinematic art presents. My two heroes are Ingmar Bergman and François Truffaut. I love Truffaut for the authenticity of emotion he can create, but also because as a director, he moves between different genres. Bergman has always been a favourite, and was one of the reasons I moved to Sweden when I was young. It’s important for me that film has relevance in contemporary life. I watch a huge amount of film, and I think it’s important to let yourself be inspired by other people’s work, both old and new.

Director-producer Olivier Guerpillon grew up in France and is since many years living and working in Sweden. He has directed a number of well-received short films that have screened at numerous international film festivals, for instance In/Out (2015). He was also co-writer for the Swedish feature film While we live (2016) by Dani Kouyaté which was awarded at the African Academy Awards 2017. Guerpillon has also produced Sound of Noise by Ola Simonsson and Johannes Stjärne Nilsson (Cannes 2010), Broken Hill Blues by Sofia Norlin (Berlinale and Tribeca 2014), and recently short film Earthbound (2021) and feature film Glacier (2021), both directed by Baker Karim.