We caught up with filmmaker Jerry Carlsson, whose new short Successful Thawing of Mr. Moro will have its international premiere in competition at the Toronto Film Festival.

Tell us about the film?

It all started with a shared interest in existential sci-fi between myself and the film’s producer Frida Mårtensson, as well as our fascination with the future and how mankind adapts to future changes. Cryonics was therefore something that caught our interest – the possibility to freeze a body and then be able to thaw it at a later time and cure the diseases you once suffered from. The film is about Milo Moro who is told that his former partner Adrian, who has been frozen for 43 years, is about to be thawed and come back to life. I was interested in the emotional reactions when you’re faced with such news – when you’ve moved on and processed someone's death and then suddenly the person returns to life again. It’s a tidal wave of thoughts and feelings, which the film tries to investigate. How does a person deal emotionally with that kind of situation?

What were the main difficulties you faced producing film with the Covid-19 pandemic going on?

A lot of difficulties came up during the process, which resulted in people getting more creative in trying to relate and adapt to the restrictions. The hardest part was the uncertainty about what to do if myself or someone else in the team got sick. How do you solve that? Everyone needed to rethink the work process, and it's probably quite healthy to reflect on how to work safely and minimize the risk of spreading the infection. The main character in the film (played by Richard Sseruwagi) is in his 70s, since the casting process was during the first wave of the pandemic we had to rethink and do more digital auditions, in order to be able to meet actors from the target group. 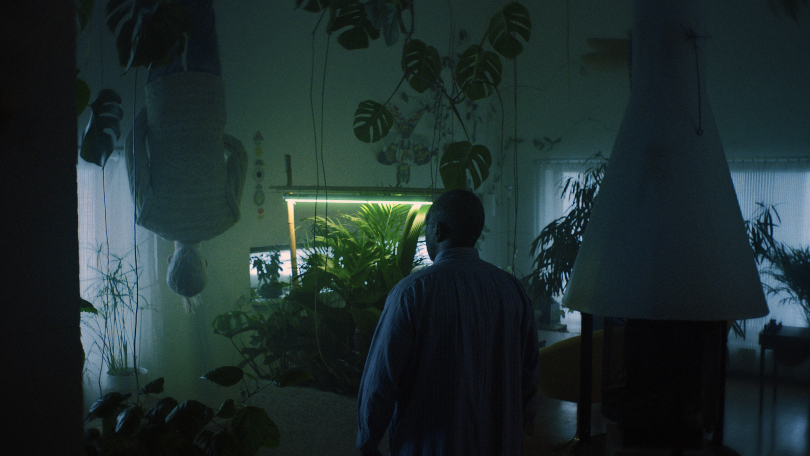 Who or what mainly inspired you to want to work in film?

I think I’ve always had a need to create, specifically with visual means. When I make films I start from a desire that is usually linked to audiovisual creation. Thematically, I’m always interested in human behavior and trying to understand how different people think and experience situations. There are of course other filmmakers who make very exciting films, but I don’t think I’m consciously trying to imitate or take inspiration from any specific director. I head off with my own compass and the ideas I feel drawn to. The urge to create is rooted in those ideas, and to be able to work with them creatively.

Jerry Carlsson graduated from Valand Academy in 2014. Together with Frida Mårtensson and Anette Sidor he runs Stockholm-based production company Verket Produktion. Jerry Carlsson’s award-winning short films have been screened at numerous international film festivals, including Locarno, Tribeca and Palm Springs. Shadow Animals (2018) picked up both the Special Jury Prize and the Canal+ Award at Clermont-Ferrand, and The Night Train world premiered in competition at the 2020 Venice Film Festival. He is currently working on his first feature film.