A lively Nordic boom, top awards by the score, yet another Palme d’Or, international box office hits, Oscar shortlistings, emerging new auteurs… All of it happening right now, in Sweden. Through rear-view mirrors as well as future lenses, well-travelled critic-observer Jan Lumholdt takes a look at this year’s significant success, posing the question: are things getting set up for a new peak period?

The sensational saga of Swedish cinema goes quite a way back and returns in peaks, the first one occurring in the 1910s and 20s with the epic explorations and artistic conquests of Victor Sjöström och Mauritz Stiller. The 1940s marks a strong emergence within auteur cinema with Alf Sjöberg's muscular dramas, Arne Suckdorff's poetic nature documentaries and Ingmar Bergman's highly personal universe gaining ground, not least though a number of top prizes at the Cannes and Berlin festivals.

The 1960s period of new waves and visions represents a proper apex, where a heterogeneous collection of motley, sometimes rowdy, temperaments – an angry young Bo Widerberg, breaking away from the previous generations, a thoughtful Jan Troell, with Sucksdorff's poetic lens in his luggage, Vilgot Sjöman, so radically graphically outspoken, Mai Zetterling, with a penetrating, and at the time singular female gaze, Roy Andersson, the perennial eccentric, Bergman, abetted with an intricately sharpened camera pen – joins forces with the strongest of their Italian, French, German, Czech and British colleagues across the European cinema landscape.

With this rear-view mirror proudly and firmly bolted into place, current times are checking in with a possible new cinematic peak. Is it indeed time to check off yet another sensation, ready to conquest the world?

A boom, a breadth and a needles’ eye

Several voices speak in favour. The trade media enthusiastically sings the praise of a "boom" they feel the entire Nordic region is experiencing, characterized by an impressive breadth of artistic temperaments as well as subject choices, frequently with a global outlook. The festivals willingly offer platforms, often in the most prominent ranks. Prizes are handed out by the score. Add to this the perhaps narrowest of needle's eyes to get past: a commercial success where people actually buy tickets.

Cairo Conspiracy, written and directed by Tarik Saleh, gets most if not all of this just right. This political thriller is entirely set in Egypt with Arabic dialogue. At this year's Cannes, it played the main competition and won the best screenplay award. The regular French premiere took place on October 26th and came to hit 500 screens across France with an box office figure of just under half a million – winding up as France's best-attended foreign-language film since the Korean Parasite. The film has been submitted as Sweden's bid for the "international" Oscar, where it just passed yet another needle’s eye and has now entered the 2023 shortlist. 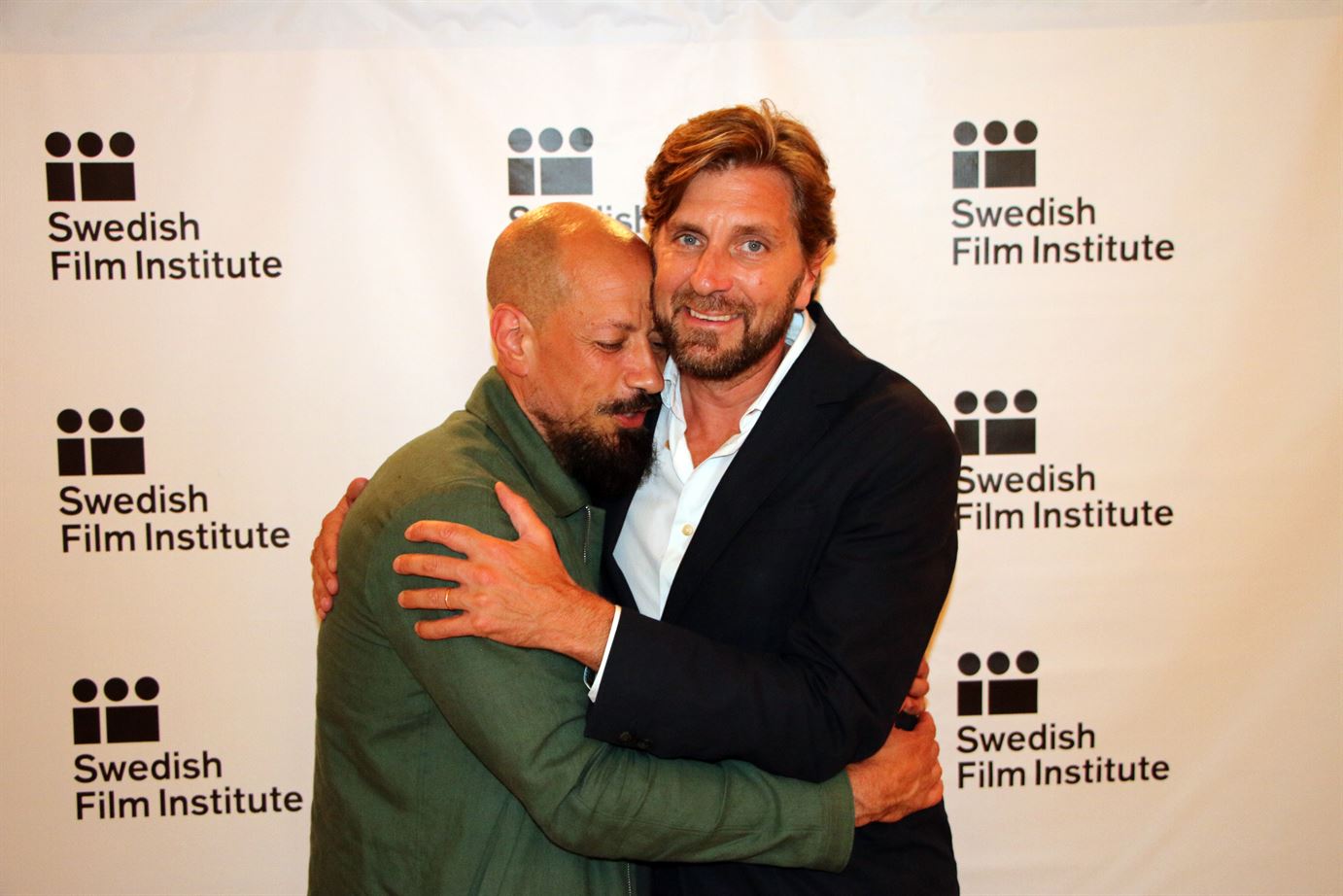 Ruben Östlund's Triangle of Sadness, whose English-language dialogue "disqualifies" it for this particular Oscar category, is (unlike Cairo Conspiracy) shown dubbed in France, with over half a million tickets sold. The Cannes Palme d'Or it went on to win this spring – Östlund's second, after The Square (2017) – has probably helped. Two and a half million have seen the film worldwide, so far.

The trade press observers have also given kudos to the lively Nordic network, a fruitful five-leaf clover equally characterized by a good neighbour spirit (accompanied by a hearty sense of competition) as well as well-running political support systems with seamless extensions across borders and further out into the wider European film region. A textbook case in point, again a Cannes award winner from this year's edition, is the Danish-Swedish-German-French Holy Spider, Ali Abbasi's penetrating study of the Iranian "Spider Killer" who "cleansed" the streets of prostitution in a series of brutal murders. The film is Denmark's – again just shortlisted! – Oscar submission for 2023, Abbasi's second, after representing Sweden with Border (2018).

The global outlook as a common denominator – Östlund's sea-cruise odyssey becomes a proper mini-universe with Swedish, Danish, Russian, German, British, Greek, Filipino and American representation – has recently also been present in titles such as Levan Akin’s And Then We Danced (2019) and Nathalie Álvarez Mesén's Clara Sola, taking place in Georgia and Costa Rica respectively (both with acclaimed Cannes premieres). A partial explanation are the new Swedish generations with different international backgrounds and experiences, but the tradition goes quite far back into Swedish film history, where Arne Sucksdorff would place a story in India in The Flute and the Arrow (1957) or Brazil in My Home is Copacabana (1965) or where a Swedish pioneer crew helped to create Kongi's Harvest (1970), Nigeria's first fiction feature, or to adapt Doris Lessing's novel The Grass is Singing into Killing Heat (1981) in Zambia. This outlook seems to be part of a deep Swedish cinema DNA.

The same applies to the documentary tradition, capturing the American jazz world in Kasper Collins' I Called Him Morgan (2017) or a small Eastern European breakaway republic in Anna Eborn's Transnistra (2019) and certainly getting to spread its wings in one of the true highlights of the year, Magnus Gertten's Nelly & Nadine. Gertten starts out in Malmö harbour, where a group of liberated prisoners of war arrives in May 1945 and the story's title characters then lead us to France, Belgium, Germany, Venezuela and Spain, each place with a history of human life. The film's triumphant journey from Berlin in February covers over 100 festivals and currently a little over 20 awards. 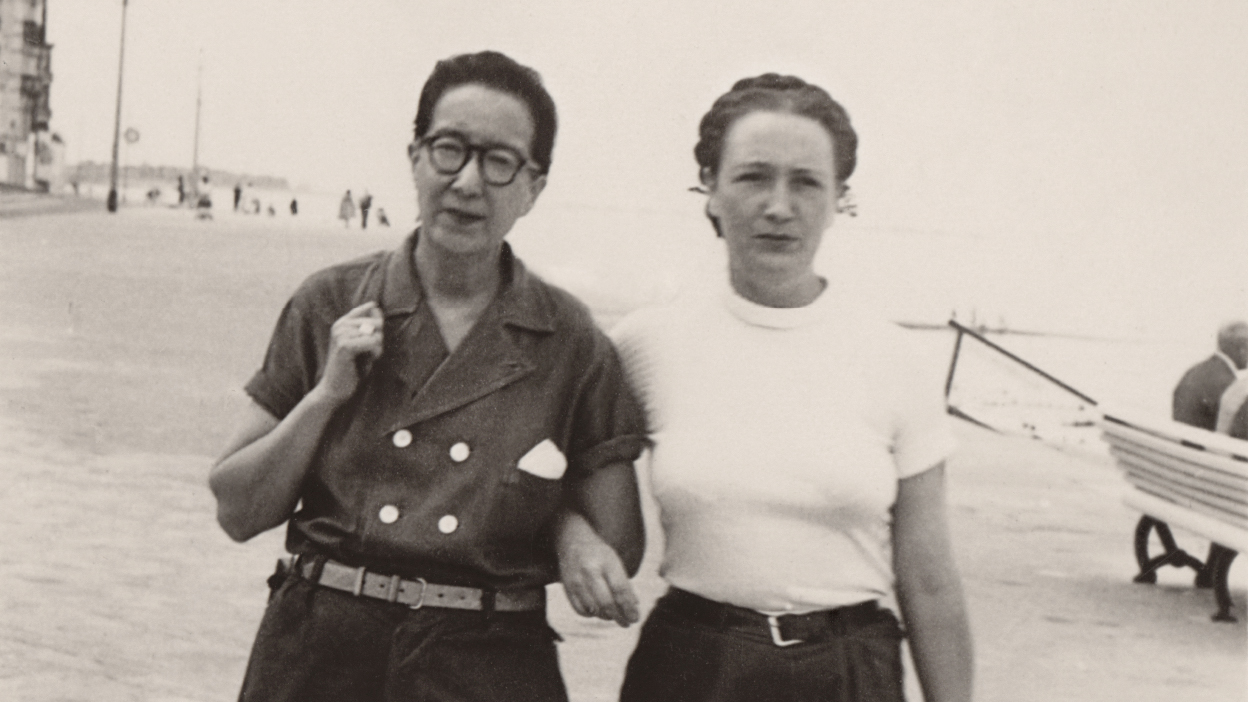 Berlinale winner Nelly & Nadine by Magnus Gertten has been shown at over 100 festivals. Photo: Doc Lounge

As always, a sojourn should be enjoyed in the Swedish children's and youth film quarters, outstanding and appreciated through decades, omnipresent in sections such as the Berlin Festival's Generation program right back to its launching in 1978. The section's first prize, the Crystal Bear, has twice been awarded to the same director, Sanna Lenken, for My Little Sister 2015 and again this year for Comedy Queen, both of them tenderly and excellently written, acted and well-cast renditions of that curious realm between innocence and awakening.

So all things considered – including refinement, outspokenness, poetry, vision and auteurs, with the female gaze in abundant plural, as well as assorted artistic temperaments – and with top prizes along the way. All set up for another sensational peak period. What more could one ask for?

Possibly a few domestic portrayals, about contemporary Sweden and its Swedes, drawn so empathetically in A Man Called Ove (2015), with a taste for more. About ten million life stories are out there, among old and young, among both the better and the worst persons in these parts of our world. If nothing else, to give the Nordic neighbours a bit of hearty competition every now and then. Perhaps it’s high time for another round?