In the presence of film

Two inspiring days filled with lectures, conversations and workshops with prominent filmmakers, researchers and artists in the Filmhouse in Stockholm! 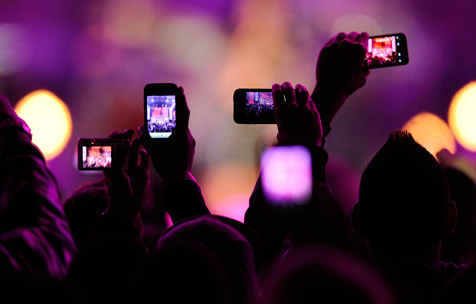 We cordially invited all of the film industry to this edition of Filmrummet (“The Film Room”) and especially researchers, teachers and students. The overall theme was camera awareness. The camera has become a natural part of everyday life, which has changed our way of perceiving and interpreting our reality. How does this influence the stories we tell? We discussed the impact on the film medium from esthetic and philosophical, as well as practical points of view.

We also had the privilege of hearing and seeing works from the artists Jonas Dahlberg, Victoria Skogsberg, Roxy Farhat and Kakan Hermansson. 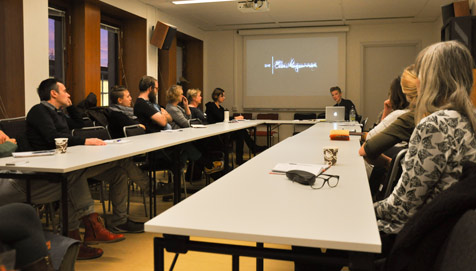 The program was concluded by workshops wich were held by Ingrid Ryberg, Ph D in film studies, Kalle Boman, Klara Björk and Linda Sternö from Akademin Valand Film, Maja Borg, filmmaker and artist and Per Eriksson and Tove Torbiörnsson from the Swedish Film Institute.

Sound and mental images
Filmmakers Mia Engberg and Michel Wenzer in a conversation about aiming to work beyond cinematic stereotypes, which departs from their critically acclaimed films Belleville Baby (2013) and At Night I Fly (2011)
A sound piece by artist Jonas Dahlberg
From camera awareness to awareness camera
Marius Dybwad Brandrud discusses his work with the film Efter dig (2013), and what it actually means to create an image of a person.
Perspectives and possibilities
Artist and photographer Aida Chehrehgosha describes her camera work in the music video A Tooth for an Eye (2013) for The Knife, directed by Roxy Farhat and Kakan Hermansson
Keynote: From Peeping Toms to Sensing Alices
Patricia Pisters, professor in media and film at the University of Amsterdam, explores the term “camera awareness” by a cinematic journey that takes us from “peeping Toms to sensing Alices”. In English!
Cocktail
Wednesday 09.00-17.00

Mediating the thought
Filmmaker Joachim Trier in a conversation with Per Eriksson from the Swedish Film Institutet about finding your language and about how he explores his own filmmaking based on camera position and mise-en-scène. During the conversation we will show clips from Reprise (2006) and Oslo 31 Augusti (2011) among others.
Room Study (Body), (2013) – A video piece by Victoria Skogsberg
The eye as camera
Linn Hilda Lamberg, artistic leader for the performance group Poste Restante, talks about set design as dramaturgy, moveable audiences and the spectator’s eye as camera.
Beyond the gaze
Filmmaker Ninja Thyberg, Pleasure (2013), brings us behind the scenes in the work with her new film where she wants to challenge the audience’s gaze by breaking down the fourth wall in the film medium.
Children as filmmakers
When children are filming they instantly gain another perspective. What happens when we see the world through their cameras? Linda Sternö and Klara Björk from Akademin Valand Film talk about the unique work with the film school for children.
In conclusion
Maaret Koskinen, professor in film studies at the Stockholm University and writer for Dagens Nyheter reflects on the discussions from the past two days.
WORKSHOPS 15.00-17.00