At this year's EFM Horizon during the Berlin International Film Festival, The Swedish Film Institute co-hosted a panel discussing the road ahead for the 50/50 by 2020 movement.

From its beginnings as a call to action for gender parity in the funding schemes of films in Sweden, it has grown to become a global movement which embraces the entire filmic eco-system, working towards the increased representation and structural inclusion of other equity-seeking groups. 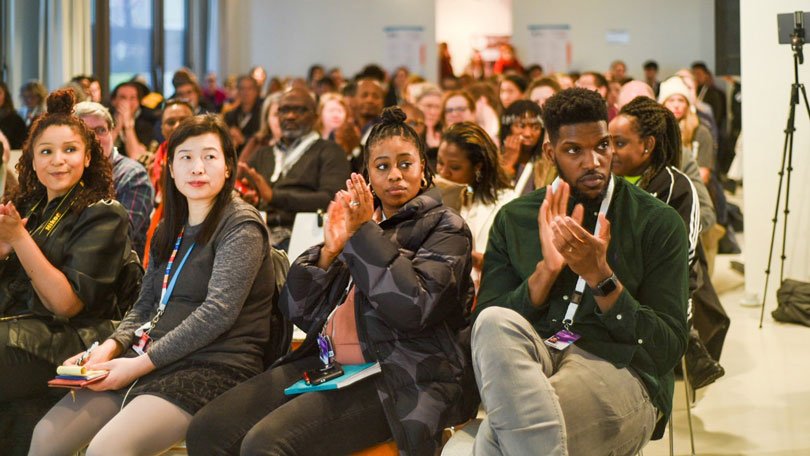 Selected quotes from the panel

“You need to change the people and power, so that you can realize that others do find quality in other kinds of stories and expressions.”

“Who feels welcome [in the industry]? That is a big issue. We’ve had a gang of people who felt comfortable and we need to reach outside of that circle,” she insisted.

“Anybody who has power, who is in control of decision-making, whether you’re an awards festival, an institute, a studio, a production company, a Netflix: appoint women, appoint people of color, and see what happens. That’s what we have to focus on: power,” she said to applause.

She added: “The thing about power is nobody gives it up willingly. You have to wrench it out of people’s bleeding hands. And you do that by data, buy building alliances, by having people speak and stand up. The more we do that, the harder it will be to resist.”

“I can remember arguing about diversity years ago and nobody paid any attention, but BAFTA couldn’t get out from under its this year, this is a signal that this is not going away.”

“It’s not about win or lose,” said Rabbatts. “This movement is not going back in the box.”

Delphyne Besse expressed anger towards the Venice Film Festival, which has committed to the 50/50 representation metric but included only three women directors in Competition in the last 2 years. “We are not using the same way of reading things,” said Besse. “It’s outrageous, clearly they’re not making any effort.”

What the press said